Home » FranklinCovey Blog » Be A Light, Not A Judge
× Share this Article

Be A Light, Not A Judge

Dr. Stephen R. Covey is perhaps one of the most quoted people of the past 100 years. With good reason.

His thoughts and actions were always aligned. What he said was exactly how he behaved.

One of his most impactful bits of wisdom was:

I’ll bet you’re just like me, the beneficiary of someone who selflessly took you under their wing and lent you their status, reputation, and vision for your future career. Thank you, Jane Begalla. Sam Romeo. Patrice Hobby. Frank Stansberry. Chuck Farnsworth. Bill Bennett. Bob Whitman. Chris McKenney. Deborah Claesgens.

All of you lifted me. Lent to me. Guided and paved a path for me. Were my light.

Who’s on your list of lights in your life? Write the names down. I bet it’s lengthy. Send them an email, text, or call and thank them unexpectedly.

As we look to lift others, think of those in your life where you can be a light. Those who may have been passed over, discriminated against, neglected, or need a champion to lift them up. Maybe they need some private, high-courage coaching to address a blind spot holding them back. Maybe you could build a bridge for them to a new role or opportunity—a chance for them to show their value.

Now consider making a second list. This time jot down the names of colleagues in your organization that could rise to a new challenge with just a chance. A chance to show, shine, and deliver. 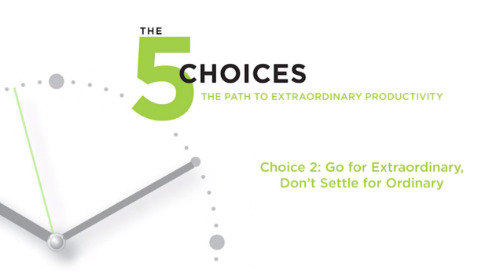 Make decisions based on what success looks like in the most important roles you play. 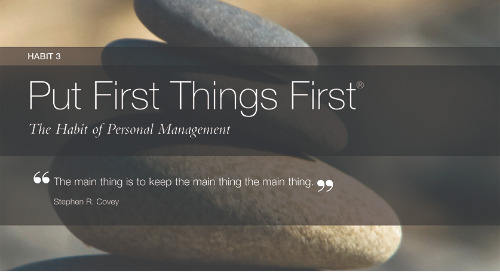 Habit 3: Put First Things First is the exercise of independent will toward becoming principle-centered. Hab...