The 7 Habits for Sales Leaders: Proactivity

I believe human beings crave proactivity. But because social conditioning trains us to be reactive, it’s hard to break free of reactive habits, and our proactivity muscles atrophy. As a result, when difficulties arise or we’re otherwise required to be proactive, part of the ingrained reactive mindset is to think, “It’s not my job.” Or, “It’s someone else’s fault.” Or “I can’t do it. I wish I could, but I just can’t. It’s bigger than me.” Being reactive is easier because it lets you off the hook of responsibility. You don’t have to do anything until you’re required to do something. And if it doesn’t work out, then it’s somebody else’s fault, not yours.

In a reactive organization, people are often acting out of fear. Within a sales organization, most of that fear comes in response to external stimuli, such as quotas and pressure from leadership. Of course, fear is a powerful motivator. It does get people moving—though usually not for the right reasons. Fear also causes people to make choices they otherwise wouldn’t make.

I once worked with a Fortune 100 company that had a chief sales officer who seemed to care only about the numbers. He routinely grilled his direct reports in meetings and on conference calls: If they didn’t hit their numbers, he’d shame them publicly. If they missed their numbers more than once, he would either reassign or fire them. The pressure he applied around the importance of hitting numbers created a culture where people did “whatever it took” to hit them.

You might ask, how can that be bad if people are turning in results? I’d like to answer that question with another: Is it possible to sell in a way that allows you to hit your numbers today, but that also reduces your chance for success the next month, quarter or year? The answer is yes. In fact, that’s what happened with this company.

In one case, a sales manager in that company saw that he wasn’t going to hit his numbers at the end of the month. But he had a customer who had already agreed to renew their contract on the fifth of the following month. So he called and asked the customer if they’d move their renewal up by five days, so he’d be “green” on his scorecard for the call with his boss and his boss’s boss.

The next day the customer called back and said, “After discussing it with the CFO, we are willing to renew earlier as long you will give us a 6% discount on the price.” In the end, they gave a discount of more than $200,000—perhaps a small amount by percentage compared to the overall size of the deal, but still a significant amount of margin to give up. And the customer has been conditioned—and rewarded—to expect a discount on the next renewal.

The Dangers in "Pulling the Deal Forward"

“Pulling a deal forward” is a common tool most organizations use to hit their numbers. It’s a dangerous tool that can do more harm than good, especially in the long run. As the chief executive, if you could wait five days to get that order and keep $200,000 of margin, would that be a better result than simply reacting to the cultural pressure of an internal meeting to talk about an arbitrary metric that will be a distant memory in 30 days?

I asked the sales manager, “Out of curiosity, what would have happened on the call if your scorecard was yellow?”

He said forcefully, “I’d never allow it to go yellow.”

I pressed: “But if you did, I’m curious, what would the sales leader do?”

I continued, “And if, next month, you closed this deal and it allowed you to completely smash your numbers for the month, would anyone even remember last month’s call and the fact that you were yellow?”

“Probably not. But I’d never allow my scorecard to go yellow.”

Unable to Consider Other Choices and Options

When there’s enough emotional and mental reaction to pressure, people feel unable to consider other choices and options. As a result, they build habits that become unconscious. And remember—the metrics on scorecards are mostly arbitrary measures that can be challenged if we’re proactive. Scorecards are typical sources of internal pressure around a number and the accountability that goes with them. As a leader, be aware that scorecards can trigger undesirable behaviors and lesser financial results.

By developing proactivity you are better able to balance all the factors and be wise in your judgment. We’ve seen that when you work on removing restraining forces and fostering proactivity as a driving force, teams achieve far superior performance.

Move your organization away from a salesforce that’s driven by outside pressure, quotas, measurement, and numbers. Attend a complimentary Helping Clients Succeed webcast to learn more. 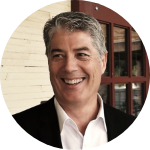 David Marcum has been with FranklinCovey for over 24 years and is one of the co-founders of our Sales Performance Practice. David currently serves as managing partner for global accounts and is passionate about selling, more specifically, teaching people how to have more meaningful conversations with their clients. David has worked with numerous companies to help them sell strategic must-win opportunities and to have candid conversations that drive better qualification decisions. 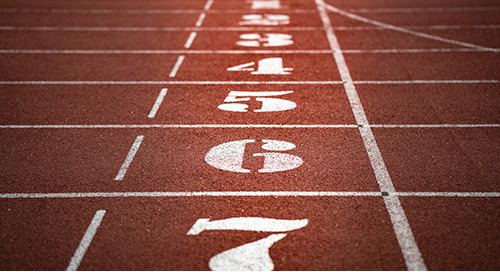 The 7 Habits for Sales Leaders: Begin With The End in Mind

The 7 Habits of Highly Effective Sales Leaders: Habit 2 – Begin with the End in Mind. This principle of lea... 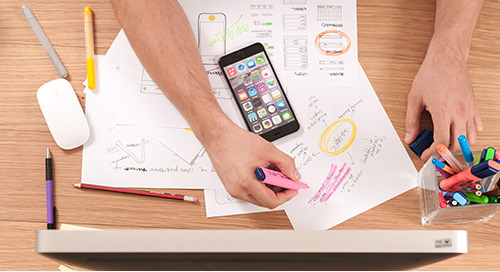 Ever wonder why there’s never been a really good “off-the-shelf” alternative to instructor-led sales traini...