The Player/Coach: An Urban Legend?

Why is sales management one of the few professions that often requires a manager to be both a player and a coach? Over the past twenty years in the profession, I’ve seen many managers carry individual quotas in addition to their primary personnel duties — essentially competing with those they manage.

I live in Ohio, where many respect legendary football coach Woody Hayes, but no one would have expected him to place himself in the starting lineup. Likewise, I'm fairly confident even the most diehard Buckeye fan would never consider handing the team playbook, headphones, clipboard and red sweater vest to whoever is our starting quarterback and as him to set team strategy.

So what makes so many senior sales leaders think the player/coach is a good idea in business development?

Two decades ago, we had another name for this rare breed: team leaders. More often than not, this role had no people-management responsibilities. In fact, most team leaders were simply trusted salespeople (skilled/seasoned) who were selected by management in exchange for a quasi-promotion (new title, new business card and a modest grade-level bump). Because they were essentially peers to most salespeople, they were regarded as mentors and not managers — which made them far more genuine, more approachable and vastly less threatening to other individual contributors.

Back in the ‘80s, IBM conducted an internal study that may have given rise to the player/coach phenomenon. The study concluded that player/coach managers grew territory revenue 15% to 25% faster than first-line sales managers who didn't have the player/coach skill set. As a group, they were found to be more effective in growing their salespeople’s skills by demonstrating and reinforcing core consultative behaviors. The test group dramatically outpaced their peer managers in overall revenue growth, win/loss ratio, account plan execution, executive relationship skills and customer satisfaction. This was even shown to be more dramatic in more complex sales/team selling situations.

According to one of the leaders involved in the IBM study, this kind of manager could routinely “step in at the right time in the sales cycle to sway the deal toward closure without disempowering the salesperson in front of their customer and without expecting special recognition.”

So a truly effective player/coach is a rare breed and is often put in place to fill the gaps that exist between sales strategy and execution.  To this day, the role seems to defy standard description and value across people and companies. This would seem to make it difficult for an aspiring manager to calibrate which skills should be developed for maximum value. What else is not entirely clear is the percent of time a leader would need to play in each role for optimal performance.

What does hold true is this: a company can increase the percentage of player/coach attributes by creating a system that is grounded in practice, open to refinement and backed by a measurement/compensation system that begins to make this a role that will attract top achievers without the risk typically associated with managing dual roles.

Clearly, the player/coach phenomenon deserves attention and, when well defined, may create a groundswell of related training opportunities to help nurture these high achievers. 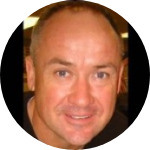 Dennis has played nearly every role in the sales/field marketing function. He has been an account representative, industry technology specialist, sales manage, sales & marketing VP, consulting services director, channel manager marketing communications manager, and even two years as an executive speechwriter. These experiences have imbued him with tremendous insight (and incredible passion) to help other companies achieve sales success. His core expertise is in building, coaching and managing of sales and marketing teams in complex selling situations – generating leads, increasing sales pipeline, supporting specialized sales efforts and maximizing customer satisfaction.

One of the hotels near Marriott International's headquarters, the Bethesda Marriott, wanted to improve perf... 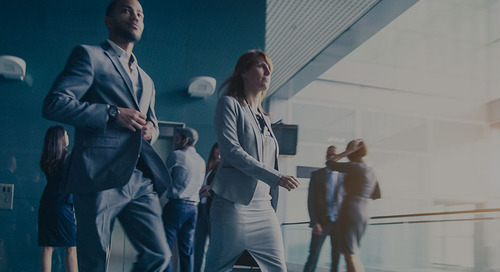 Get More Sales With The Same Headcount… Sound Familiar?

Your task is to increase sales year-over-year without adding headcount. Does that sound familiar?