Home » FranklinCovey Blog » Your Job as a Leader: Engage Your People and Build Your Culture
× Share this Article

Your Job as a Leader: Engage Your People and Build Your Culture

As I work with government and corporate organizations around the globe, helping them improve their leadership and overall performance, I frequently encounter leaders who are concerned about the level of employee engagement in their organizations.

These encounters remind me of a man named Tom. Tom was a talented, capable, and veteran employee. One day, Tom joined his wife and her sister out in their garden. As Tom sat down, he glanced at his smartphone: “One year, three months, two days, six hours, four minutes, and . . . exactly thirty seconds until I retire!”

“What are you talking about?” Tom’s sister-in-law, Jan, asked. You see, Tom was bright and able and had years of great work ahead of him, or so she thought.

“I’ve got an app on my phone that counts down to the moment I retire.”

Jan knew this must be a joke. “You’re not going to retire, Tom. You’ve always loved your work. And with your background, your company will hire you back as a consultant—and pay you five times as much.”

“No,” Tom responded. “You don’t get it. When the last second on the countdown expires, I will be able to retire with all my benefits, and I’m not working for that company one second past that.”

“My company used to be a great place to work,” he said. “I loved everything about it, but two years ago things really changed. We got a new boss, and he came down and told us how things were going to be from now on. Some of us had been around for a few years, so we asked, ‘Do we have any say in all this?’ I also remarked, ‘We have appreciated the loyalty we have felt from the company over the years. Should we continue to expect that?’ And he gave us this look . . . well, let’s just say it’s a look I’ve gotten familiar with. The new boss then said, rather curtly, ‘If you want loyalty, go get a dog.’”

Despite what his smart phone says, Tom “retired” two years ago. That is when he stopped giving his best to his work, when he ceased being fully engaged. He’s been physically on the job, he does what’s expected, but nothing more. He’s merely compliant, going through the motions.

The majority of working people are unengaged or actively disengaged from their work. According to the Gallup Organization, it’s 70 percent, and if you factor out leaders and managers, the number approaches 80 percent. That means leaders have failed to motivate and inspire nearly eight out of every ten workers.

The sum of what everyone does every day is called “culture,” or, in other words, what the majority of the people do the majority of the time. It’s a reflection of a company’s collective behaviors, the language and vocabulary of its people, and the organization’s spoken and unspoken values, norms, and systems.

A firm can have a unique brand, but if people don’t do the things needed to leverage it, sustain it, and live up to it, it will evaporate.

But culture is also the reason a great potential contributor like Tom comes to work every day, smiles and nods, and contributes nothing.

While culture makes all the difference, too many companies leave building their culture to chance. I love the statement by acclaimed management expert Peter Drucker: “Culture eats strategy for breakfast, and it’s only when you fully understand what this means that you’ll lead a successful company.” 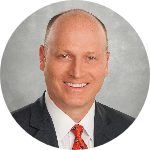 Shawn Moon is an experienced executive and author with expertise in sales and marketing. He inspires others to become leaders through personal effectiveness and execution. Shawn served as FranklinCovey’s Executive Vice President, where he had responsibility for all of FranklinCovey’s director operations, including the company’s North American operations, UK, Japan, Australia offices, as well as the U.S. Government Services group. He also led the company’s Execution, Speed of Trust, Customer Loyalty, and Sales Performance Practices. He is the author or co-author of several books, including The Ultimate Competitive Advantage, Talent Unleashed, and Leading Loyalty. 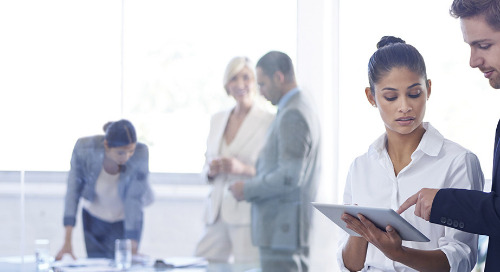 Execute With Excellence: Focus on the Wildly Important

Nearly every team has an articulated strategy, But that strategy becomes meaningless if the team fails to p... 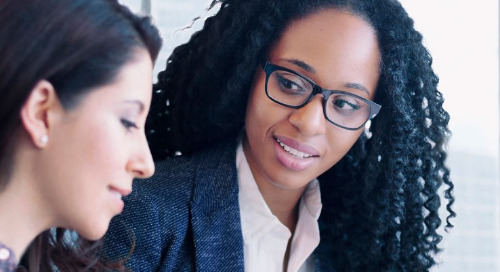 As Performance Review Time Rolls Around, Consider A Different Approach

I recently came across a news article exploring an emerging realm of performance reviews. I was thrilled wi...