Home » Blog » A Remarkable Experience While Traveling
× Share this Article

Today’s blog has no correlation to this week’s On Leadership interview with Geoffrey Moore. Not that he didn’t provide a bounty to draw from; the interview is superb—few books have the sustaining power of Crossing the Chasm. You will enjoy the discussion I promise.

For the first time in the On Leadership series, this blog isn’t about the interview. Why? I had a remarkable experience traveling this week and wanted to use this forum to share it.

A long travel week included stops in St. George, Utah; Las Vegas; Toronto; Halifax; and Boston (if you added in my connections, it was an eight-city trek).

I’m a seasoned traveler. Two million miles on Delta alone. After a 30-year career, I’ve been fortunate to have visited all fifty states and more than forty countries. I’ve experienced countless flight delays and been the beneficiary of even more on-time arrivals. I’ve sat on the tarmac for three hours (which is just about the time the passengers start to mutiny). I’ve seen prisoners being transported, patients die midflight, last-second aborted landings, and outrageously uncivil behavior towards flight attendants. (A warning: In 2019, do not cross a flight attendant. The power has rightly shifted, and you will regret it.)

Overall, I’ve had very positive flight experiences. No, I don’t enjoy air travel, but it’s a necessity for the career I’ve been privileged to have. If you release yourself to the fact that most of what happens is out of your control, you can release yourself from a lot of anxiety.

On my recent flight from Las Vegas to Detroit, I was upgraded to first class. Seat 1B. This is the first row, good and bad, in that when you sit in the bulkhead, your carry-on bag cannot be at your feet as there is no seat in front of you. After takeoff, you can retrieve your bag from the overhead bin, but it needs to be returned before landing. No exceptions and I’m always surprised at how many first-class passengers are surprised at this.

On this particular flight, I was first to board, and the gentleman who occupied seat 1A next to me was nearly the last to board. He slid in next to me with both a briefcase and a full-sized roller bag. I was a bit surprised that he managed to get the roller bag past me (I offered to step out, but he told me there was no need). So this professional-looking man in his sixties sat in his seat with his briefcase on his lap and his roller bag standing upright between his legs and the bulkhead wall. This was a tight fit. And whether he knew it or not, a temporary situation.

Maybe one minute later, the attendant walked over and graciously but firmly reminded him that both bags needed to be in the overhead bin. To my surprise, he acknowledged knowing this and gently responded that there was no space left. I think he was hoping she might help him locate a spot or, as sometimes happens when you’re upgraded, they might show some generosity and accommodate your bag in the coat closet.

The attendant didn’t offer any help, which wasn’t unusual—she was busy serving drinks and preparing the flight for takeoff. I had my headphones in, listening to CNN and also was working on my laptop. Contrary to the detail in this blog, I was about half checked in to the whole situation, as it wasn’t really a situation at all. A very normal occurrence.

Then it changed. As the passenger (let’s call him “Tim”) weighed his options, which weren’t many, the lady behind him in 2A tapped him on the shoulder and offered to put his roller bag at her own feet. She said she has plenty of room for it because she checked her bag.

What? What? Magnanimity during the boarding process? It’s nearly always a fend-for-yourself time with a lot of on-the-edge, weary travelers. I was so taken aback that I took out my headphones and looked at her. I assumed they were related, colleagues or friends traveling together. I would have bet $100 they knew each other, and he was just somehow delayed to board.

Nope. They had never met. A complete stranger, in first class of all places, offered their precious legroom, on a three-hour flight, to someone they didn’t know and would never see again.

“Tim” and I both stood, he brought his bag over to the second row, and she maneuvered his luggage into her leg space. I’d like to restate: this was not a small bag but a full-sized roller bag, which you never see under someone’s seat.

I said to her, “This is remarkable…I’ve never in my travels witnessed someone offer this to another passenger. I’m going to blog about this.” She smiled and said, “It’s nothing.”

It wasn’t nothing. In a culture where “get mine first” and “don’t tread on me” tempers seem to be the norm now, it was a bright light, and I was inspired. I thought about it several times during the flight, and when we landed, we all again recognized her gesture. 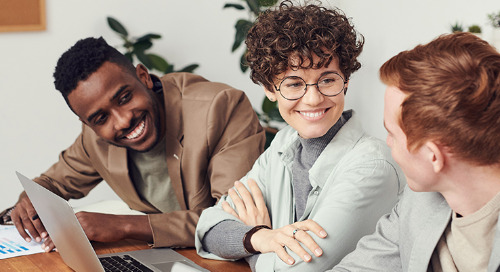 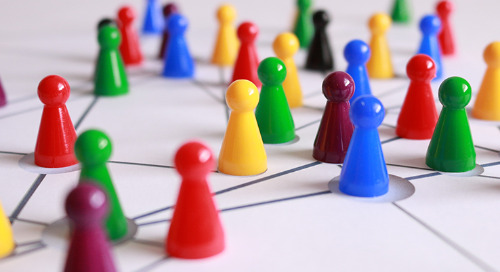 Change brings about chaos. It disrupts the status quo before people begin to adopt and adapt to it. Victori... 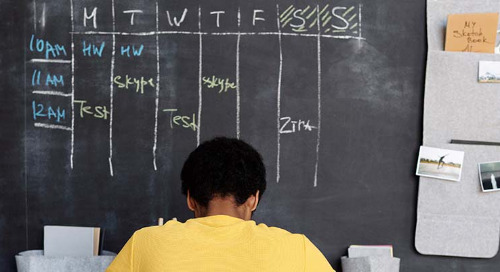